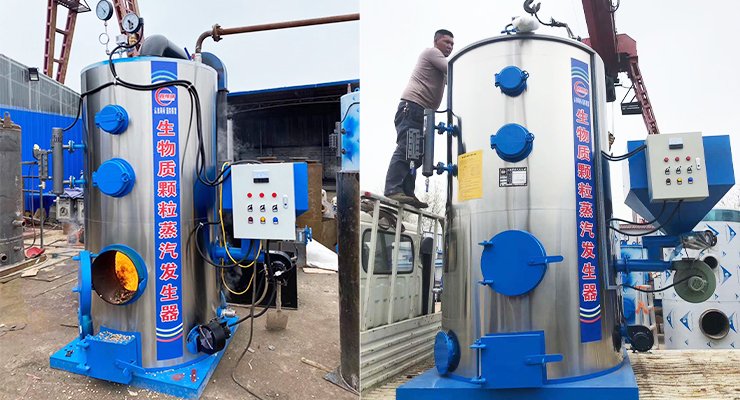 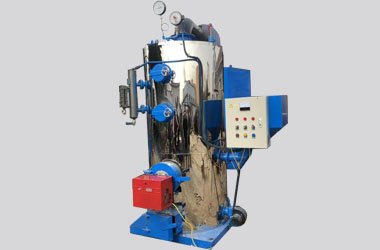 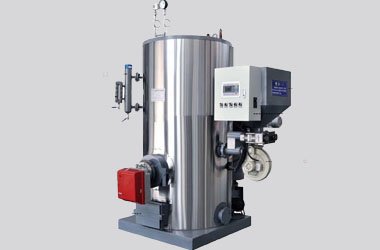 LSS0.3-0.7-YQ Oil Gas Small Steam Boiler For Sale
Yongxing’s small steam boiler are basically vertical, and can quickly produce steam within 3-5 minutes. Multiple small boiler can be used together, and selectively turn on and off.
Send Inquiry Now 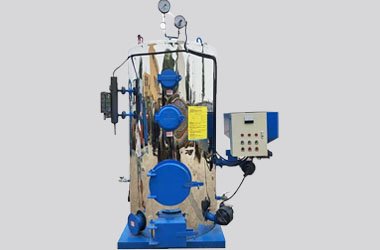 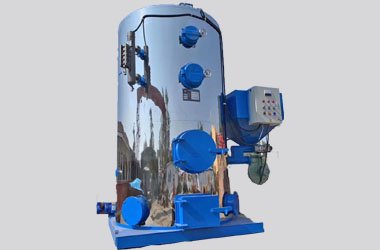 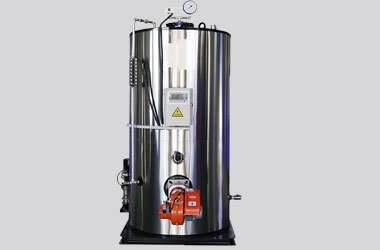 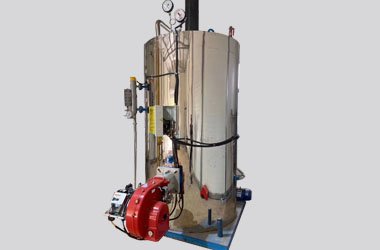 3200000 btu/h Supply You Whole Small Boiler System
Our Small boiler outstanding feature is the skid-mounted structure. It can also be assemble into a mobile container, and it can run when connected to water and electricity.
Send Inquiry Now

With time, portable small steam boiler is needed by more industries. As we know, the small steam boiler increases the heating fast, produces the steam quickly, is very flexible, and occupies a small area, making it the primary choice for many small enterprises and factories.

Yongxing has developed into the first-class small steam boiler manufactures in China to meet every customer’s needs. Our newest small steam boiler is equipped with a steam separator that can solve steam-water supply problems and assure your pure steam quality.

Before the boiler leaves factory, we configure all auxiliary equipment, including the electronic control cabinet. It is the crucial parts that make the small boiler a high automation degree. You can realize one critical startup automatic speed regulation and control without excessive manual operation. It reduces the difficulty of small boiler system operation significantly.

We design them into a small vertical steam boiler. It will be precisely suitable for your workshop, hotel, greenhouse, or any other place. 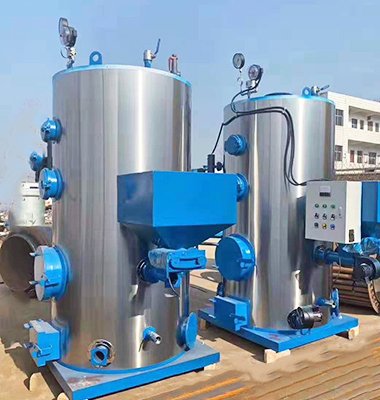 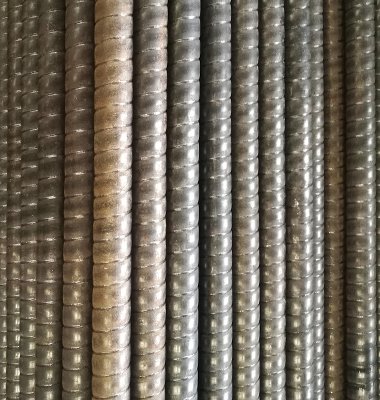 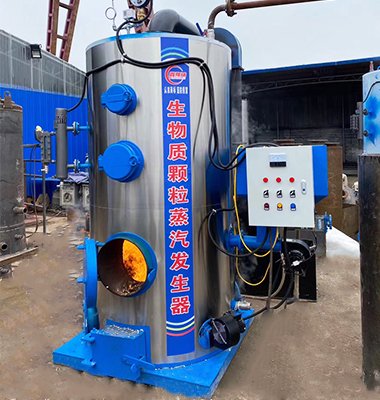 Welcome to visit our factory and check Small Steam Boiler 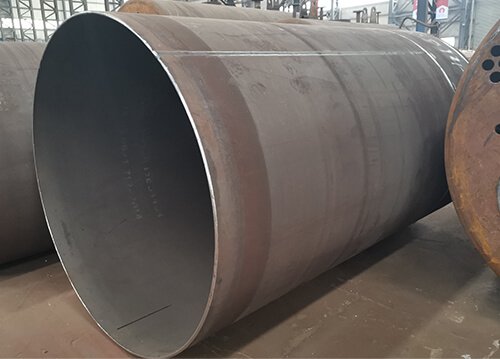 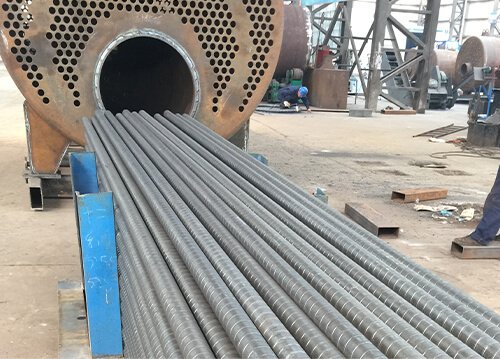 Our famous partner for your reference

A Small Steam Boiler is usually abbreviated as SSB. This is an industrial boiler in which heat is converted into steam with the help of watery tubes.

Then steam is moved to pipes and reaches a point where you can use it to power industrial machinery. A steam boiler’s primary goal is to create, store, and transport steam.

The water heating system is nothing more than a shell and the thermal power released while burning the fuel is transferred to water, where it converts into steam at the necessary heat and pressure.

How Does Small Steam Boiler Work?

The steam boiler’s method of processing is heavily reliant on its application. The framework, even so, is the same in all sorts of steam boilers. The use of steam is motivated by its high health rate and capacity to move massive quantities of energy.

Except for water, steam hits more challenging and does not require additional impelling power to push from one point to another inside a pipe.

The main aspects of the flow process are heat, pressure, liquid, and gas. Heat energy cannot be transferred to a particular location when ignition occurs in a fireplace or combustion engine.

Compared to a lit match or hot metal, steam is a relatively safe act of transporting energy. As a result, steam is frequently considered a great source of energy.

It is analogous to ATP (Adenosine Triphosphate), which is located in the human energy loop.

Rather than transporting glucose, an energy-rich solvent, it degrades glucose into numerous ATP molecules. ATP is recognized as the energy currency because it allows energy to be transferred from place to place.

Steam, like ATP, is easily carried and unreliable. Steam can often compress back into the water. The steam turbine then soaks up the water molecule. It is then easily transferred into steam.

A steam boiler is also regarded as a steam generator, is not the same as a steam engine. The boiler is only a component of the steam engine that can be discovered in automobiles, trains, and power stations. 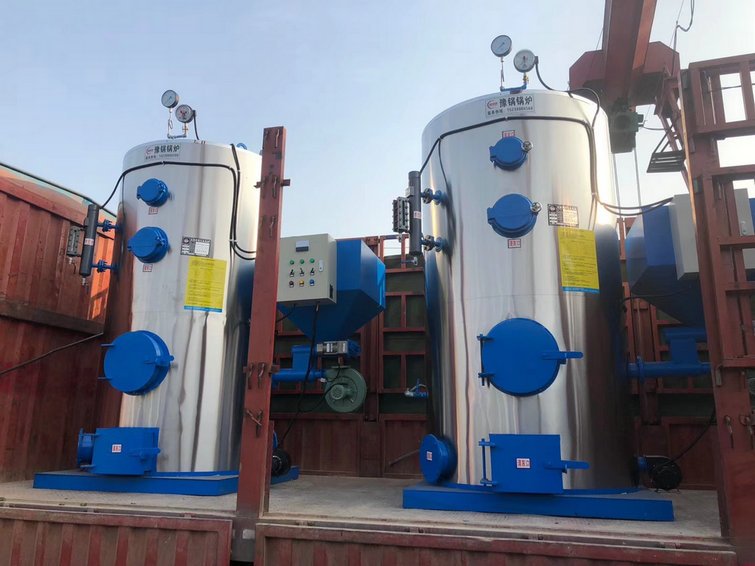 What Is The Small Steam Boiler Design?

A furnace or firebox is built into boilers. The stove is the steam generator component accountable for the combustion of fuel or the formation of heat energy.

Heat energy converts water to steam under constant velocity. Contaminants, pressure, and temperature are all variables that can influence how long it takes for water to transform into steam.

The pressurized steam is often used to elevate a generator or inverter in the production of energy. In the purification of hardware, smaller heating coils are used. To keep the pool temperature stable, you could use steam power. 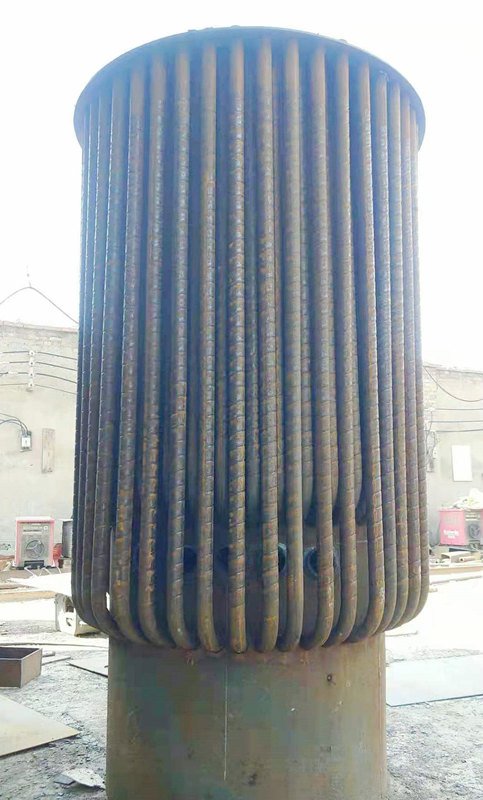 What Are The Applications Of A Small Steam Boiler?

The miniature steam boilers are used in multiple industries. A few of the most common applications of a small scale steam boiler are:

What Is The Standard Capacity Of A Small Steam Boiler?

Small steam Boilers like Oil Fired Boiler with abilities ranging from 100 Kg/Hr to 1500 Kg/Hr. There are two major types of Fuel Being used in small Industrial Steam Boiler.

Some common sources of liquid fuel are:

Some familiar sources of solid fuels are:

How Long Can A Steam Boiler Operate?

A steam boiler’s standard lifespan is 20 to 30 years if appropriate service and maintenance procedures are followed.

The three most important considerations when replacing a steam boiler are security, economics, and treatment service.

What Is The Expected Small Boiler Price?

The small steam boiler price ranges from $3500 to $8000. However, the content may vary between different regions. These are a reliable source of boilers.

What Are The Types Of Small Steam Boiler?

Our shell-type SIBs, which are the same as domestic furnace tube type boilers, can ignite almost any solid fuel, such as wood, coal, Charcoal, and so on.

It can also ignite any solid fuel such as LDO, HSD, Natural Gas, and so on. All liquid/gaseous fuels are burned instantly by a burner, while also solid fuels are supplied into the combustion chamber sequentially.

The boiler made up of the furnace is used for radiation heat transfer, and the fume tubes are used for thermal conductivity. The space around the furnace and pipes is full of water, allowing the maximum temperature to be subsided into it.

Our Coil type boilers, also known as SIBs, are made up of a coil founded by bowing the tubes. These are typically instant boilers that execute on oil or gas fuels and have the burner mounted on the shell finished.

Based on the available space, such boilers can be parallel or perpendicular. Because water flows within the coil tube and fuel gas are on the shell side, coil-type boilers are also recognized as water tube boilers.

As the water tube coils are in immediate communication with radioactivity and heat transfer regions, these boilers are the most reliable.

What Is A Compact Small Steam Boiler?

A compact boiler, also known as a skid-mounted boiler, is a unique and automated boiler. Its packages are small, portable, and easy to install. The structure can be procured from a standard range or custom-built to meet the needs of the customer.

The following are the primary characteristics of a compact boiler: 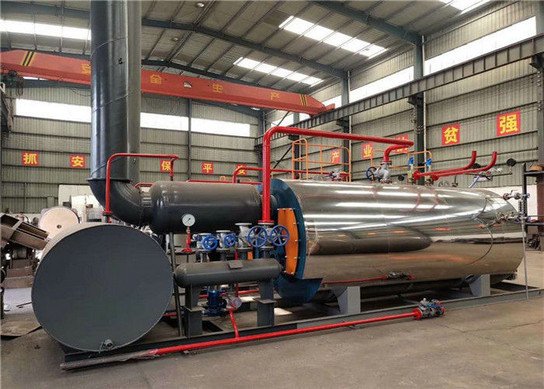 How Is Your Vertical Small Steam Boiler?

A simple vertical steam boiler is one with a vertical plane of alignment concerning its surroundings. It could be a fire tube boiler or a water tube boiler.

In a simple vertical boiler, fuel is fed into the worktop via the fire hoke, where it burns to generate excess heat. Once power is transformed into slag, it is accumulated in an ash trap. Hot gases start rising over or transfer their heat energy to the surrounding in the cross-box before exiting the boiler via the pipe.

The water begins to heat up, and the development of steam begins. The steam produced as part of heating systems is accumulated in the boiler’s steam area.

Steam is gathered since a certain pressure is reached at which it is released for use, such as operating a turbine or fuel system. 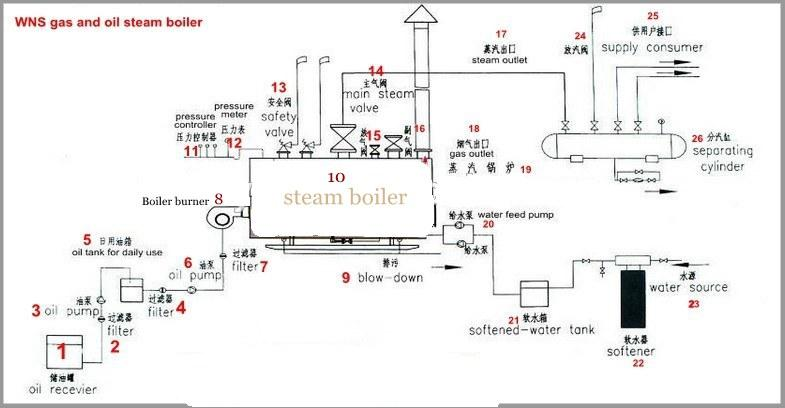 What Are The Applications Of A Simple Vertical Boiler?

The applications of a simple vertical boiler are as follows:

What Is A Large Steam Boiler?

The large steam boiler is a special kind of boiler that fires up to a massive amount of fuels, whether liquid or solid, to generate steam from water flowing in tubes. Large steam boilers can be made of bronze, steel, titanium, or tungsten steel. In all variants, the same amount of fuel is burned, but different amounts of steam are produced.

Apart from lava, the Boiler could even burn almost any solid or liquid fuel. However, when using refined products, it is 20% less energy efficient. Large boilers must have water in them at all periods while they are in use. If the Boiler starts running out of water while it is running, it will blow up.

It takes some time for the Large Boiler to overheat before it can make steam at its high capacity. Higher-tier boilers require more time to reach heat energy. Boiler heat influences steam outcome but not fuel or power consumption. 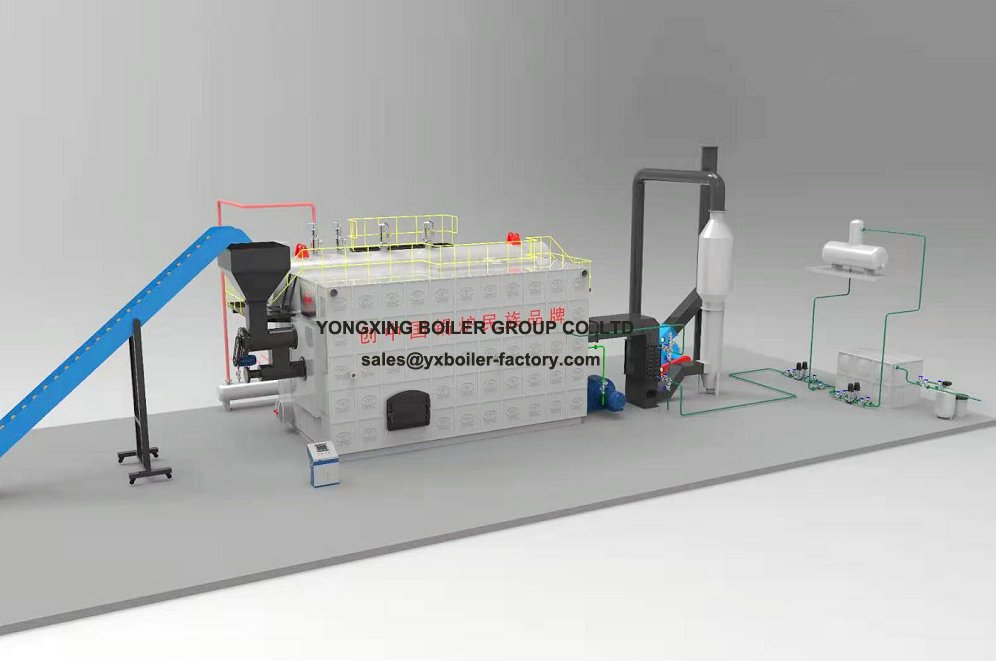 Compare to a large steam boiler, Yongxing’s small boiler for sale is primarily reflected in the following.

Here we can ensure the boiler with high absorption strength and meet your thermal expansion needs. The small steam boiler you bought will be super reasonable.

What Is A Medium Pressure Small Steam Boiler?

Medium pressure steam boilers operate at pressures ranging from 150 to 650 psi. These usually are power generation plants that require the steam procedure.

Because of steam consumption and deterioration, makeup cost is higher in intermediate boiler plants. In any particular instance, you can also use essential substances to meet water purification needs.

How Do You Clean A Small Steam Boiler?

Open the sifting valve with caution; do not unlock the boiler storage tank. Fill the boiler with water slowly until water flows into the container.

Preserve this level of water, so you are merely able to continue glancing. Commence the boiler and let the excess water sift and permeate into the bucket.

LDR Electric boilers also belong to a small steam boiler, it can be implanted in small-sized apartments or houses to provide warm water for your water heater as well as combined heat and power use (generally via an indirect cylinder for your domestic hot water requirements). 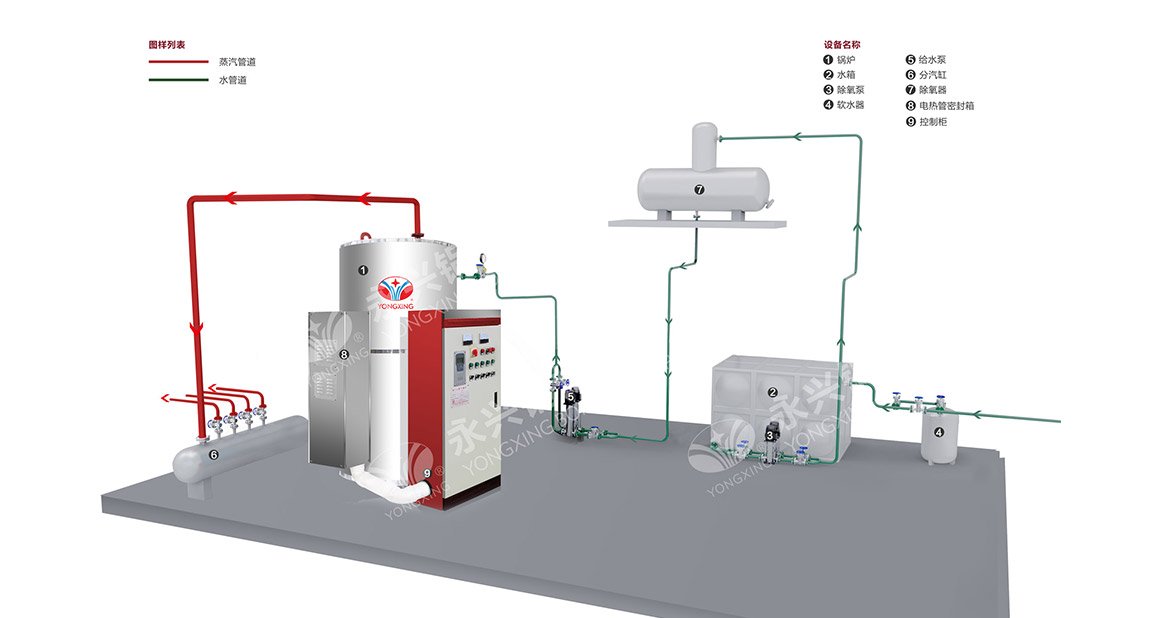 LDR electric small steam boilers are a common choice for apartments and houses where gas is not even an alternative and oil seems unrealistic or prohibitively expensive. There is limited availability of Domestic Hot Water (DHW) they can generate quickly, so we always suggest using an implicit hot water cylinder for the domestic hot water, particularly if the house has a shower.

The small boilers, i.e., from 0.5 kW to 15 kW outcomes, are obtainable in 240 volts, uninterrupted power supplies; after 15 kW, the parts require three-phase consumption. They are frequently used in new construction homes and apartments because they are less costly to install and maintained.

What Is The Average Electric Small Steam Boiler Price?

A 9 kW electric steam boiler costs around £1,500 on average. Smaller boilers are less expensive to buy and operate, but they may not be as productive as bigger models, costing up to £2,500.

What Are The Advantages Of Electric Small Steam Boilers? 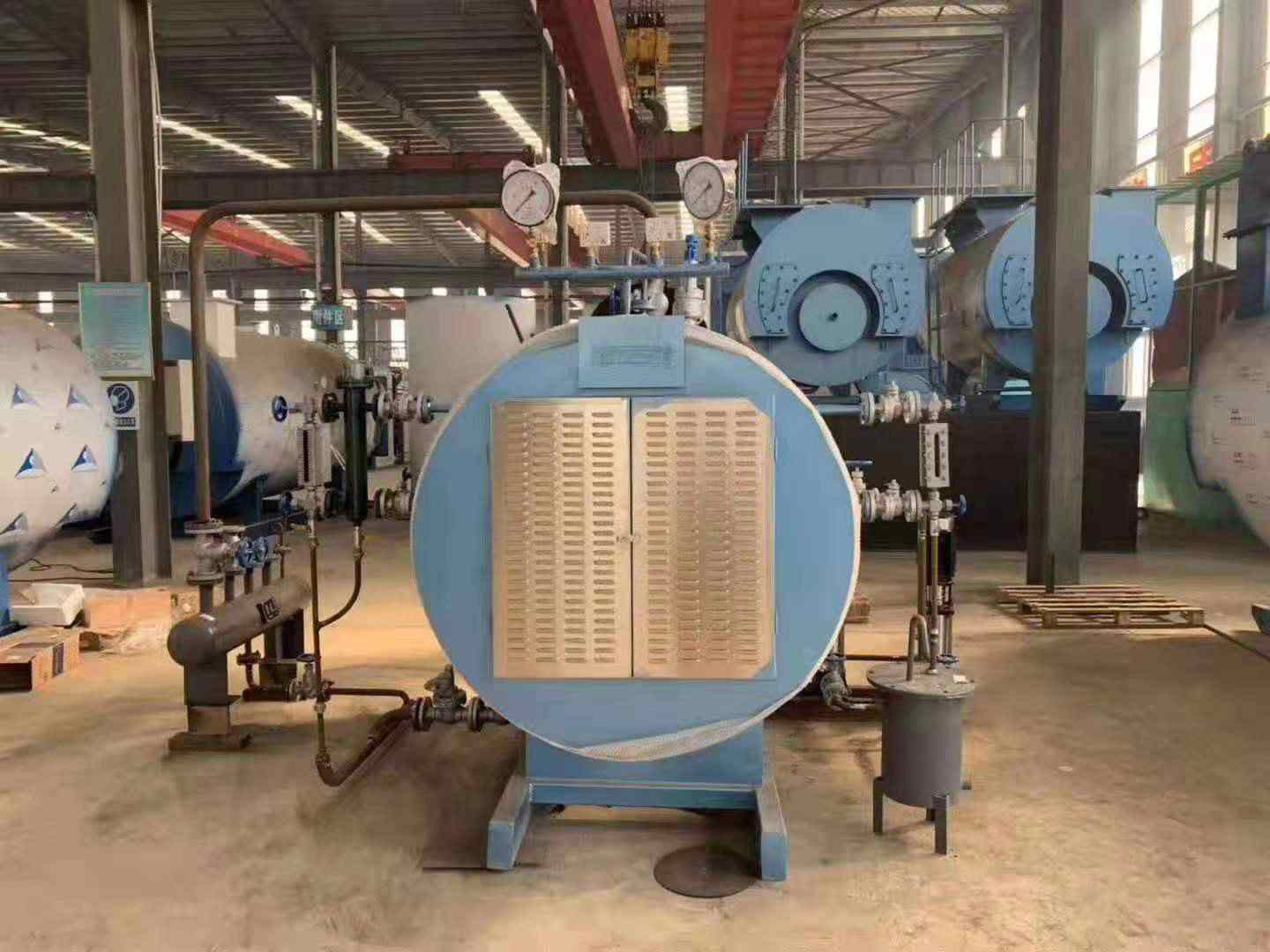 Small steam boilers have numerous qualities over other large water tube or fire tube boilers. To prevent complete pipe destruction, it is preferable to purchase high-quality steam boilers, elements, and tubes for your business or home, such as puddles and storage facilities. Recognizing the structure and processing of their steam boiler is critical to ensuring its efficiency and safety.

When there is a problem with a small boiler system, it is better to seek proper assistance and adhere to the safety process in both its service & maintenance deadlines. Always trust a worthy small steam boiler manufacturer for your steam boiler.

Yongxing Boilers Group is an excellent source for your choice. Avail of this great opportunity and get our services.

Send us an inquiry for Yongxing’s small steam boiler now!